At Stepping Stone Clinic, every patient starts with a whole-person evaluation – an assessment of a person’s strengths that can be built upon to better manage factors contributing to challenges.

Our “precision medicine” approach takes into account individual variability in brain development, coping style, genetics, nutritional sensitivities, environment, and lifestyle. This allows our providers to more accurately identify which strategies will work specifically for you.

We also offer (re)testing across the lifespan. An evaluation and treatment plan should grow and change with the person.

Sometimes trying to decide which therapy approach is right for you seems like swimming in alphabet soup.

Let us help you make sense of it!

Whichever therapy “letters” we recommend, we rely on evidence-based treatments – meaning research has found evidence that the specific therapy type is effective in treating a specific issue.

Therapy can take on multiple forms with a team of different providers depending on individual needs.  For example, a patient may have individual therapy with one careteam provider and have family therapy with another. Interventions may include health habits and goal support, life tools, or Side-by-Side sessions. Parent-child interventions could be used to enhance therapy with play-based therapy, parent coaching, or support for medical and special needs. Brain training may be added to include executive function tools, memory strategies, brain exercises, biofeedback, and neurofeedback.

Check out why Stepping Stone Clinic is an exceptionally unique clinic where you can combine many areas of health into one visit– these integrated services can take you from surviving to thriving at any age and stage.

the SSC steps to wellbeing

The first step is to schedule a free WARM-UP CALL that provides us a chance to get to know one another and start to develop an understanding of what is going on and how we can help.

This is a chance to look at the whole-person and understand how to treat the person today, not from months or years ago. The process is individualized and can include specific testing. We  leave no stone unturned.

We take what we've discovered during the evaluation to map out a NEXT STEPS treatment plan and organize an integrated care team, including a Behavioral Health Coordinator (BHC) as a guide through every step.

Our specialists collaborate to provide whole-person care that combines appropriate treatments for any stage of life – from infants to mature adults. These may include therapy, nutrition services, medical interven-tions, and life tools.

The BHC helps navigate your transitions in care including stepping in and stepping out of services. We provide guidance through each step, adding life tools, wellness classes, and specialty support as needed. 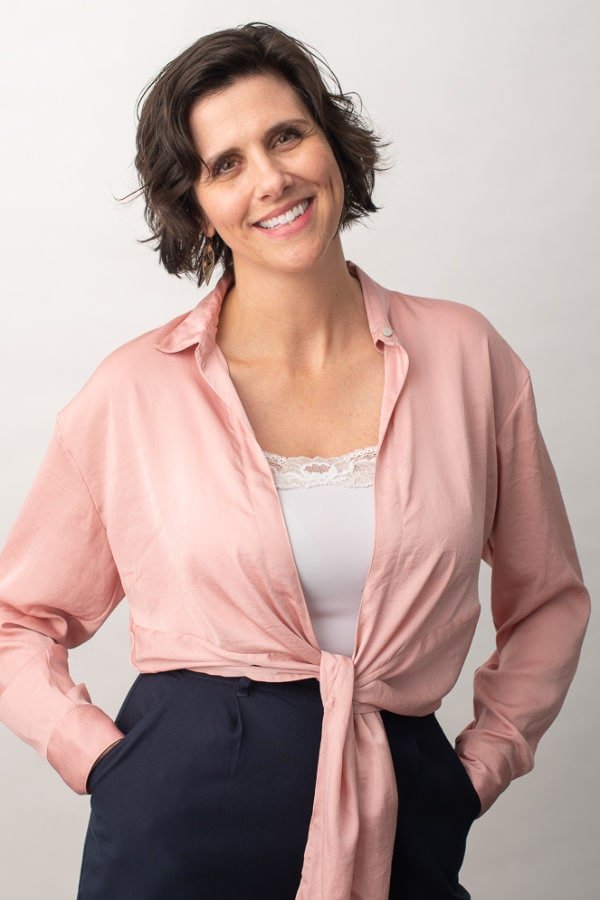 Dr. Rachelle Hansen received her Doctorate of Clinical Psychology at the University of North Dakota. While there, she was actively involved in several rural health initiatives helping integrate in-home mental health services along with outpatient health and behavior services.

She completed both her Doctoral Internship and Postdoctoral Fellowship at the Children's Hospitals and Clinics of Minnesota where she specialized in pediatric psychology as well as psychological and neuropsychological evaluations. Her work included providing evaluations, behavioral interventions, and therapy to children, adolescents, parents, and families who are coping with medical conditions and neurodevelopmental disorders.

Dr. Hansen has worked with children to adults at five different hospital systems, six rural health clinics, an inpatient and residential center, four private practices, a school-based therapy program, a community mental health clinic, and a neurology practice. In her life before practicing psychology, she was a reading specialist as well as working with families with children placed in protective care. She also ran a lab exploring genetic links to medical conditions in family lines including Egyptian Royal mummies!

Because of her unique background in biochemistry, education, and psychology, Dr. Hansen envisioned a clinic that would consider all three. One where patients can get the whole-person care they need from an integrated, collaborative team who offer a personalized approach to health. She does this work because she simply wants to help people feel and live better by working with their brain and body (instead of against them!). She's grateful to be a part of an environment where she (and the rest of the incredible team) can do just that.

As a staff psychologist at Children’s Hospitals and Clinics of Minnesota for 8 years, Dr. von Weiss conducted psychological evaluations of children and adolescents presenting with a variety of developmental concerns, such as learning disabilities, ADHD and autism. She also provided therapy and inpatient consultation services for children, adolescents and families struggling with medical conditions. During her time at Children’s Hospital, Dr. von Weiss also supervised clinical psychology interns and postdoctoral fellows through her involvement with Children’s APA-accredited internship program.

Dr. von Weiss specializes in conducting comprehensive psychological evaluations for patients who present with a variety of developmental and learning concerns. She works with the patient, family, and other providers to try to find a plan to help patients move forward in their life. She’s most passionate about treating anxiety and executive dysfunctions, as well as adjustment to and coping with acute and chronic medical and neurodevelopmental conditions. Overall, Dr. von Weiss takes a developmental, strengths-based approach to her practice. 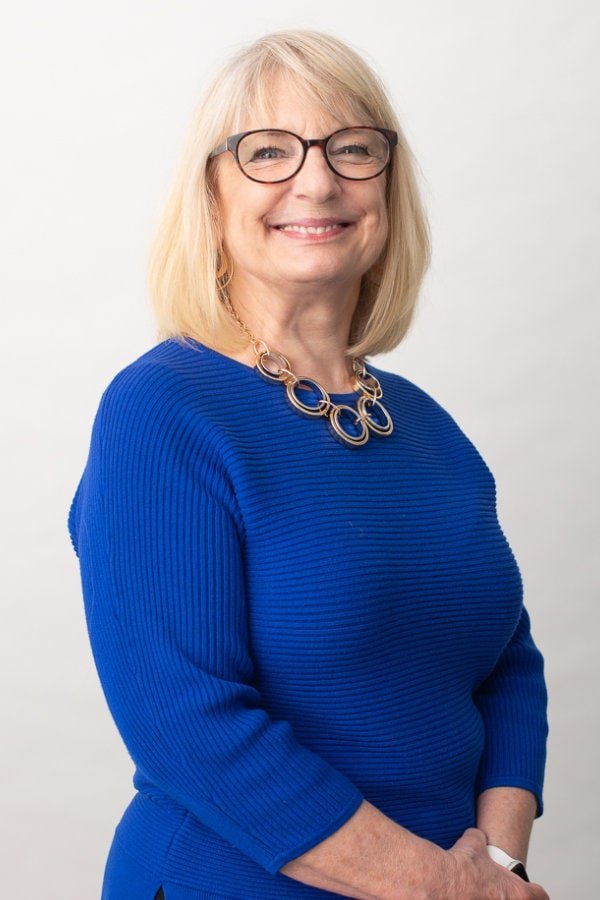 Dr. Deborah Fisher has a Docorate of Professional Psychology from the University of Northern Colorado. Prior to that, she earned her Master's Degree in Sociology with a Counseling License at the University of Idaho. In addition, Dr. Fisher has served for four years as a Board Member of the Minnesota Board of Psychology.

Before becoming a psychologist, Dr. Fisher spent 20 years as a Registered Nurse in critical care. She also served as a Clinic Director at Blue Cross Blue Shield/Allina, and Director of Training at Argosy University. She has travelled to the Soviet Union, Australia, and New Zealand. Her travels gave her an understanding of life experiences different from her Southern Minnesota upbringing.

Currently, Dr. Fisher works with adolescents and adults as a General and Chronic Pain Psychologist, with a focus on Medical Issues. She takes a mindfulness and whole-person approach with her patients. She applies general techniques, EMDR. hypnosis, CBT, motivational interviewing, and psychodynamic therapy, in order to see and treat the whole person. 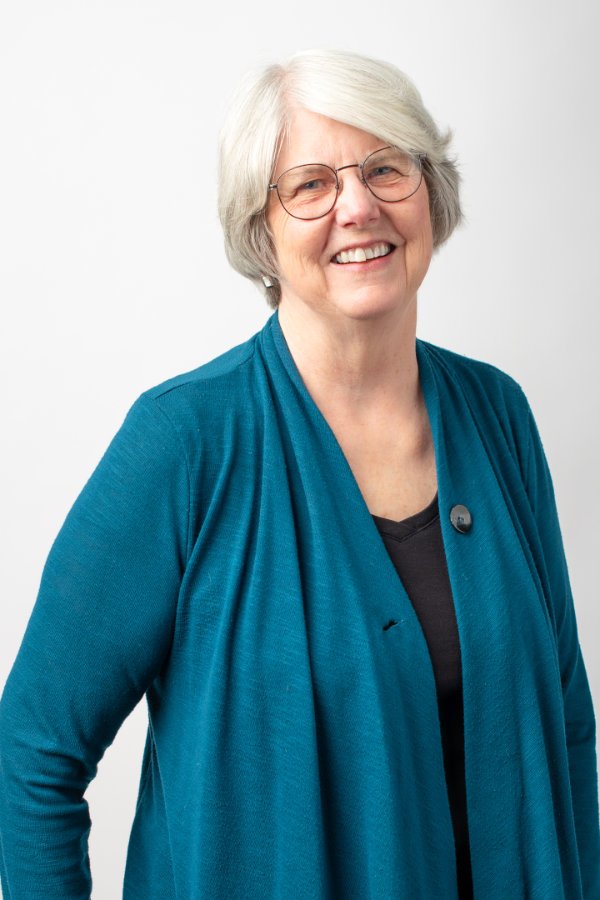 Jan Marie Johnson received her Master’s Degree in Social Work from the University of Nebraska at Omaha. She then served in the United States Air Force, first with the Security Police Squadron and then with base mental health clinic, where she became interested in the complex situations facing law enforcement and the impact of stress on vulnerable people within the military family.

Jan grew up in the San Joaquin Valley and spent summers Sierra Nevadas. When she was in her teens her family spent a year traveling around Europe. She most vividly recalls spending her 15th birthday on Loch Ness, hoping to see the famous Loch Ness monster known as “Nessie” who failed to show up. Jan and her sisters also spent time at a small Spanish school where no English was spoken. These experiences enhanced her perspective by showing her an outside-view of the United States, new ideas, and different cultural norms.

Jan has worked as a therapist in a variety of settings including community mental health clinics, hospitals, skilled nursing facilities, and the military. Most notably, she developed the first on-site social worker position in a small, 100-bed community hospital in California, and developed a program to integrate care for low-back pain and depression. During her time in the Air Force, she developed resources for military families needing special services such as learning disabilities support, medical surgery, and mental health outpatient and inpatient services. Her areas of expertise include eating disorders, trauma, caregiver stress, depression, anxiety, substance abuse, and complex family stresses.

A believer in lifelong learning, Jan has continued expanding her skillset with training in DBT, Internal Family Systems, EMDR, hoarding disorders, multicultural treatment, and several other areas. She is an enthusiastic supporter of an integrated care model. In her personal time, Jan enjoys spending as much time with her kids and grandkids as frequently as she can. An avid movie buff, Jan also enjoys watching films with commentaries on. The collaborative effort of so many skilled professionals to bring a single project to life fascinates her. 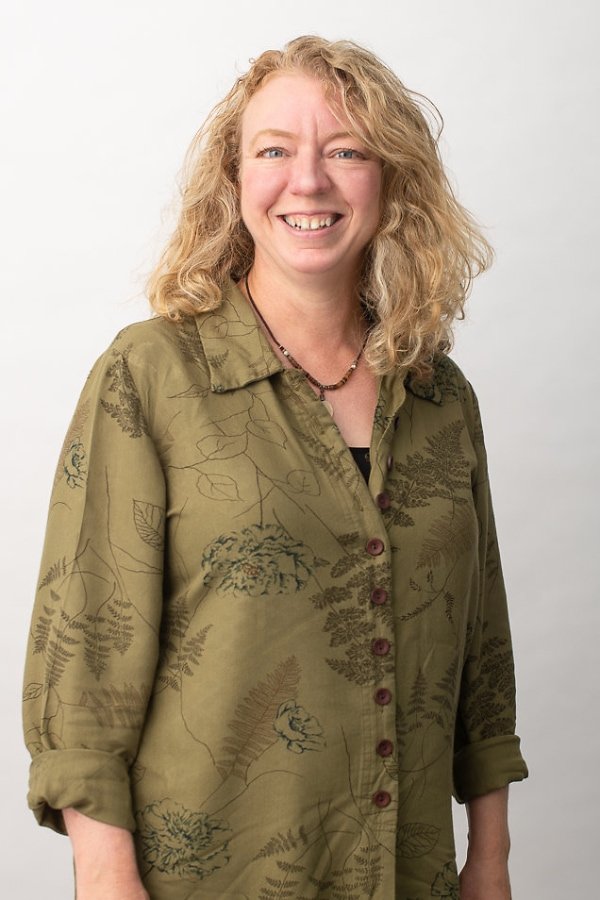 Gena has worked as a School Psychologist for 15 years, and served as lead for special ed evaluations in two northwest suburban school districts. She has held leadership positions in evaluations, interventions, and program planning. During her career, she has also provided counseling to dozens of children facing challenges with the structured academic environment. Prior to her counseling career, Gena worked in a residential drug treatment program in Fairbanks, Alaska. Her experiences working with Native American women and children during this period sparked her interest in working primarily with young people.

A compassionate and deep listener, Gena’s primary goal is to put families at ease, facilitate their understanding, and ensure they feel heard. She is able to break down and explain technical and analytical information such as statistical testing results in an understandable way, so families and teachers are able to support the child and track their progress. Gena seeks to present information in a way that’s meaningful, helpful, and actionable. She is proficient in administering the ADOS and other autism tests as well as modifying for the ESL population. Since joining the SSC team, she has been developing her knowledge of medical conditions and neurodevelopmental assessments.

In her spare time, Gena continually seeks to expand her knowledge and understanding of psychology, including reading and listening to podcasts on a wide range of subjects in the field. She also enjoys spending time with her two sons and the family dog.

take the first step to wellbeing

Stepping Stone Clinic offers a unique step-by-step approach to team-based mental health care that integrates and unites different treatments. We serve people of all ages and at all stages.